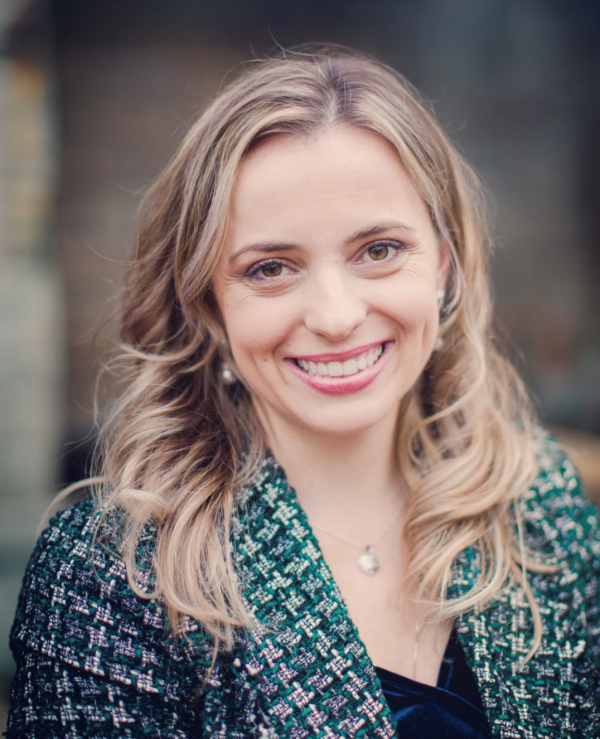 Arina O. Grossu, M.A., M.S., is Founder and Principal at Areté Global Consulting. Ms. Grossu formed Areté Global Consulting in response to businesses’ and organizations’ need for a more coherent and integrated strategy with regards to messaging, policy, partnerships, and corporate growth. Areté has worked with national and state groups to reach their organizational goals.

During the Trump Administration, Ms. Grossu worked as a Senior Communications Advisor at the U.S. Department of Health and Human Services in the Office for Civil Rights, protecting conscience, religious freedom rights, and civil rights in healthcare. She is the former Director of the Center for Human Dignity at the Family Research Council where she was a spokeswoman and policymaker on life and human dignity issues.

She is also a Fellow with Discovery Institute’s Center on Human Exceptionalism. In addition to helping businesses and organizations strategize and grow, her writing and research focuses on the protection of human dignity, human rights, and the sanctity of human life from fertilization to natural death. Her areas of expertise include abortion, women’s health, bioethics, conscience, pornography, sex trafficking, assisted suicide, and euthanasia.

She is a guest contributor at Charlotte Lozier Institute and an author at the National Catholic Register. She is part of a bioethics working group at the Heritage Foundation. Ms. Grossu is a member of the Catholic Medical Association, National Catholic Bioethics Center, American Association of Pro-Life Obstetricians and Gynecologists, American Society for Bioethics and Humanities, and Fellowship of Catholic Scholars.

Ms. Grossu has presented lectures at the United Nations’ Commission on the Status of Women; Trinity International University’s Center for Bioethics & Human Dignity; University of Notre Dame; Regent University Law School’s Center for Global Justice, Human Rights and the Rule of Law; and Indiana Wesleyan University’s Bastian Center for the Study of Human Trafficking. She has testified before the U.S. House Judiciary Committee’s Subcommittee on the Constitution and Civil Justice on the Born Alive Infants Protection Act.

Ms. Grossu was a Production Assistant with EWTN’s “The World Over” with Raymond Arroyo, Account Associate at CRC Public Relations, and Executive Director of The Word Proclaimed Institute.  She is trained in AMI Montessori and started the Toddler Montessori program at St. Jerome’s Academy, a Catholic classical school in Hyattsville, MD.

Ms. Grossu is a Dame of Malta with the Federal Association and the Defense of the Faith Co-Chair for the Northern Virginia Region.  She is a Board Member of the National Catholic Prayer Breakfast, Salesian Sisters Partners Circle, Taking Recourse, and FACTS About Fertility, Inc.  She is also a Claremont Speechwriters’ Fellow and a Leonine Fellow.  She volunteers as an RCIA adult catechist at her parish and she is a Co-Worker with the Sisters of Life.